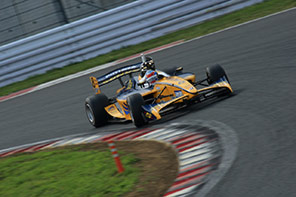 Fuji Speedway, July 14: Just weeks after winning his first Le Mans 24 Hours, Loic Duval was back in Super Formula action at Fuji Speedway on July 13-14. Securing pole position (his seventh in the series), the Frenchman looked set for the race win until his pitstop was deemed illegal, and he had to serve a drive-through penalty.

This promoted Duval's Audi stablemate and Petronas TOM'S driver Andre Lotterer into the lead after the German made an impressive advance from sixth on the grid in the opening stages. Lotterer went on to take his second victory is succession, increasing his lead at the head of the points' table. Duval scored points for fourth.